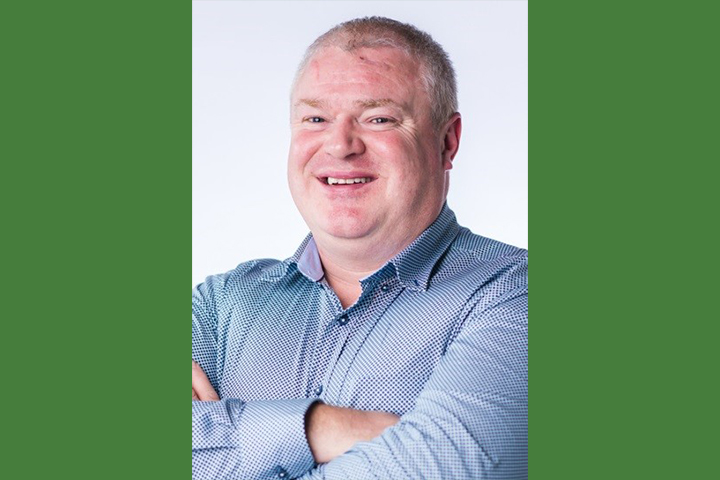 How does a small consultancy in Belfast go global?

For Neueda CEO Paddy O’Hagan, the Tuck Advanced Management Program (AMP) provided both the impetus to think bigger and the concrete tools to turn aspiration into reality.

O’Hagan, who served as COO of Neueda from 2012 until he took over as CEO in 2020, had already grown the digital solutions provider to 300 employees and £32 million in annual revenue when he came to Tuck in the summer of 2019. But the company had reached a turning point.

“We needed a new strategy for the long haul,” said O’Hagan. “We wanted external investment to scale our growth.” Before taking Neueda to market to look for private equity or an acquisition however, O’Hagan knew he needed to prepare the company to scale even more quickly, an intention that he brought to AMP.

“As a company, we’ve invested heavily in leadership development and personal development. I’ve tried to do something each year that furthers the organization and me in terms of my leadership skills,” O’Hagan explained. “I turned to Tuck once I knew I was looking for an international experience. Much of our business is in the US, so Tuck’s network was one of the things that drew me.”

AMP didn’t let him down. “My program had people across industries, government, and military, and that network has been valuable. You end up getting to know people with very similar problems across many different industries.”

And that outside perspective made all the difference.

AMP participants are asked to come to campus prepared with a few business challenges that they explore in the program through small peer group sessions, individual reflection, and with input and feedback from faculty. Through this process, they develop their own Management Action Plan (MAP) that allows for immediate application of key course concepts. O’Hagan used the opportunity to focus on developing a new company strategy, which he dubbed “Neueda 2.0.” While the dedicated time to build a growth plan was valuable, to O’Hagan, the gamechanger was the push the AMP program gave him to make that growth plan more ambitious than he’d ever imagined.

“Going to Tuck, my ambition was to become a $50-million-a-year company,” O’Hagan said. “Coming back, it was $500 million plus. I think you can always stretch your ambition when you get encouraged by other people. You think you’ve set your goals high, but others tell you to set them even higher.”

Tuck’s professors were key in O’Hagan’s shift in perspective and resolute goal setting. “I still listen to Sydney Finkelstein’s podcasts when I need inspiration,” he noted. “Ron Adner and Vijay Govindarajan were also seriously impressive. They were all top quality.”

With the bones of the strategy in place, O’Hagan returned to Neueda to complete the plan with renewed energy. This June, the company announced a successful acquisition by Dublin-based Version 1.

“The strategy I started at Tuck was part of why Version 1 acquired us,” explained O’Hagan, who will stay on as Neueda’s leader under the Version 1 umbrella. “We had grown an international business that was ambitious.”

That careful positioning also allowed the Neueda team to be selective about its next steps. “Version 1 as an acquirer made a lot of sense,” said O’Hagan. “It accelerated our growth and encouraged us to get after that ambition. It’s given us what we call “supported autonomy”, which is great. We hope to continue to grow as the Version 1 group and to help Version 1 grow. And I hope to continue to my leadership development journey along the way.”