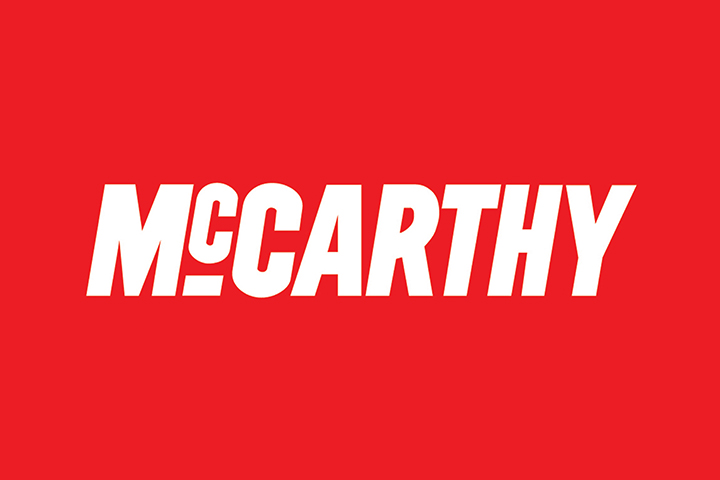 In 2002, America’s oldest privately-held national builder became one of the nation’s largest 100% employee-owned businesses when the employees of McCarthy Building Companies, Inc. purchased the company from the family that had owned it since 1864. Since then, the company has been featured on numerous award lists for superlatives like Best Employer, Healthiest Employer, Best Construction, and Best Training. Such multifaceted success requires a complex effort, of course, but when asked for the secret to McCarthy’s consistent growth and accomplishments, employee-owners from the job site to the C-suite identify McCarthy’s culture as the primary basis for their success.

This culture is illustrated through McCarthy’s three core values: being "genuine" in all they do; teamwork expressed by the statement "we, not I;" and being "all in" on every effort. It’s a simple but pervasive ideological triumvirate that is obvious in every conversation with McCarthy employee-owners. The effect of that culture is evident in low turnover, a commitment to diversity, a servant-leadership ethic amongst the executive team, and a genuine focus on training employee-owners at all levels of the company.

The recognition that training was critical to building the culture McCarthy required led them to Tuck Executive Education in 2015. McCarthy views leadership and management as complementary, though not synonymous, and they educate and train accordingly. Because of this, Tuck programs like the Advanced Management Program and Leadership and Strategic Impact have become important aspects of the company’s training for high-potential leaders, who are first identified and educated via McCarthy’s internal leadership and management programs. Robin Renschen has been director of learning and development for McCarthy since 2008. He says Tuck has been the right fit for McCarthy because of the way our programs couple “the breadth and depth of topic areas with business results and behavior changes by the participants.” Tuck Executive Education “fits specific needs that we can’t achieve with our internal programs by offering external perspectives, exposure to best practices, and exposure to other leaders,” says Renschen.

Perhaps no one exemplifies the wisdom of that approach like Ray Sedey, who joined McCarthy in 2000 and became McCarthy’s third CEO in the last 50 years this month. Sedey gives tremendous credit to previous CEO and current Chairman Mike Bolen for overseeing the creation of the culture under which McCarthy now thrives, and for leaving the company “better than he found it.” Part of Bolen’s genius was recognizing the criticality of internally growing leadership. Consequently, Sedey was selected as the first McCarthy employee to attend a Tuck program. In 2015, he attended the Tuck Executive Program, a precursor to what is now the Advanced Management Program. “It couldn’t have happened at a better time, as I was transitioning into a new role in Texas,” says Sedey. “I met some great folks in the program who I still keep in touch with today. In fact, one of my best friends is Van Singleton, who I met at Tuck. He helped us find a realtor when we came to Texas, and we now live in the same neighborhood. It is great having another business leader nearby who attended the program to bounce ideas off of.” Asked how his Tuck education will assist him as CEO of McCarthy, Sedey says he still returns to his journal from his time at Tuck to reflect on the things he learned. “While uncontemplated challenges will certainly come my way as CEO, I am confident a tool provided at Tuck will prove beneficial in overcoming them,” he says.

Sedey is hardly the only McCarthy executive who cites McCarthy’s culture—and Tuck’s role in its perpetuation—as a reason for their business success and truly noteworthy level of employee loyalty. President and COO Scott Wittkop has been at the company since 1986 and is an alumnus of the Advanced Management Program. McCarthy explored “the top external education programs in the country focused on leadership, and Tuck was at the top of the list,” says Wittkop. “The overall design, quality of the instructors, quality and depth of the students, and the environment at Dartmouth are exceptional. Our leaders return from the program with a ‘wider lens view’ of the business world and with specific ideas on how they can improve as a leader.”

There is no doubt when talking to Wittkop that he places Tuck Executive Education high on the list of things that have made the McCarthy culture the success it is. As part of that, Wittkop cites lessons about sustainable leadership and integrity from Tuck professors like Ron Adner as fundamental to maintaining the ethos shared amongst McCarthy leaders, which is “my most important job is ensuring my replacement is better than me.”

Executive vice president Jeff Wood, an employee-owner since 2012, is one of those upcoming leaders. He says he is proud to be a leader in a company where accountability is so critical and each employee has a vested interest in the success of each other and our trade partners. Wood is a graduate of both the Advanced Management Program and Leadership and Strategic Impact, and he cites diversity of thought and instructors who “literally wrote the book” as just two of the key benefits offered by Tuck Executive Education.

Wood says his leadership philosophy is to “care about the members of this company like they’re my own family.” That kind of leadership focus is classic McCarthy—and classic Tuck. Because of how powerfully Tuck Executive Education affected his own trajectory, Wood encourages other business leaders to attend as well. His suggestion? “Go! It’s the only chance you get to focus 100% on leadership and growing yourself as a leader.”