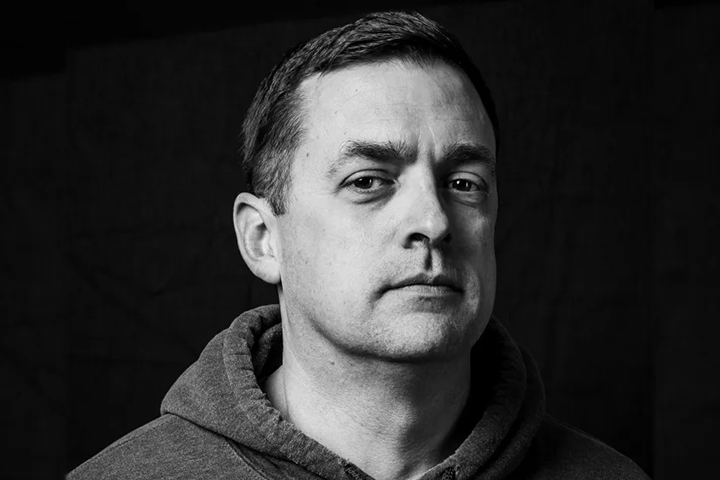 Russell Worth Parker only meant to be a Marine for four years, the point at which he left the active-duty Corps before returning in the wake of 9/11. His was a winding road that led him through corporate America and law school before he decided to resume active service to help establish the new Marine Special Operations Command and serve as a Marine Raider. Surprise endings seem to be a theme in Worth’s life. Deciding to be a full-time writer is hardly the outcome at which he expected to arrive when he attended The Next Step Program as a member of the Spring 2019 cohort at Dartmouth College’s Tuck School of Business. Worth says, “TNS ’19 gave me eleven days to focus closely on what I did and did not want to do after decades of being very passionate about serving in the Marine Corps. I realized entrepreneurship was the most interesting path to me and that based on some initial successes, selling my writing was actually as much an entrepreneurial endeavor as an artistic one. I decided to treat it like a business rather than the hobby it had been up to that point.”

For Worth, writing began with a spur of the moment essay he posted to social media where it went “Marine Corps viral.” He says, “I got emails from Marines saying, ‘Read This’ and replied back, ‘I wrote that’. Then I started hearing from Marines I didn’t know who said the essay meant something to them. I knew then I could use writing to help people better understand different perspectives, something really important to me after some of the places I’ve been where the impacts of misunderstanding are grave.”

Growing up as a voracious reader, Worth held writers in high esteem. So much so, he assumed writing was something for other, better people to do. He specifically recalls reading a magazine article by a Marine Officer turned journalist named CJ Chivers in 1996. He was amazed that a fellow Marine was writing for national and international publications, a perception that now seems silly as he cites a host of successful Marines turned writer; William Styron, Steven Pressfield, Anton Myrer, TM Gibbons-Neff, James Webb, and Kacey Tellessen to name just a few.

Perceiving a gap in civilian and military understanding, Worth wrote an essay on the topic for The New York Times that published just before he attended Tuck Next Step in 2019. As part of the publication process a writer from the New York Times staff interviewed him. That writer was CJ Chivers, the Marine turned journalist from 1996, since then a Pulitzer recipient. It felt propitious.

Despite that, Worth still did not seriously consider writing as a career. Retiring officers have a generally well charted, secure, and rewarding post-retirement path. Competing solely on the merit of his own production seemed risky after a career spent building and working with teams where seeking individual recognition is a cultural violation. But Worth says spending two weeks talking with people undergoing transitions similar to his own, particularly Olympic athletes, and being given access to successful people who wanted to help changed his perspective. “Thanks to several panelists I spoke to at TNS ‘19, I realized that while actively serving in the military there are both cultural expectations and safety nets but the day I retired I was ultimately on my own. There are countless people willing to help veterans, but it is on me to make it work.”

Tuck gave Worth a concrete next step when Tuck Executive Education asked him to author biographies of several graduates. It was a critical reinforcement of writing as an entrepreneurial venture. “I had to think about the time required to produce a product relative to the fee, how to give a client what they desired, how to approach the subject of a profile, and how to bill for my time. That was a departure from my previous experience as a hobby essayist where I was the only variable.”

Deciding to make a serious effort at building a business, Worth incorporated as RW Parker Consulting, LLC and launched his website as a means of housing all of his writing. Through that website, Peter McGuigan of Ultra Literary found him and now serves as his representation within the literary world. Worth has since published in a host of national and international publications on topics ranging from the passing of his Labrador Retriever, Earl, to the US withdrawal from Afghanistan and is actively pursuing several book-length projects.

Worth recognizes the future is never certain for entrepreneurs but says he is happy working for himself with all the attendant risks. Nonetheless, his friendships with Tuck MBA and Tolmar CEO Anil D’Souza and Tuck MBA and Founder of FreshAir Sensor LLC Jack O’Toole, led him to diversify his efforts. “My primary focus is writing, but Anil and Jack opened my eyes to the idea of executive coaching. Anil initially approached me about it and Jack was already doing it. After talking to them, I thought about the great advice and mentorship I received through my own business coach who volunteers with veterans. I realized with the leadership, coaching, and organizational development skills I developed over twenty-seven years as a Marine Officer I could help others and maybe simultaneously help bridge some of the gaps I see in our culture.”

There is no one path in life and Russell Worth Parker has walked a lot of them. He says there is no question in his mind that Next Step was critical in arriving where he is now. “When you spend all of your energy pursuing and then living a high intensity profession, shifting from that known point is difficult. Tuck Next Step gave me the clarity, the desire, and most of all, the certainty that I was not alone, required to do so.”